Written by Last Bell Ministries on May 22, 2019. Posted in Last Bell Blog, Uncategorized

The Potential in Each Life

Who will Bogdan be in 5 years?

We often share about former orphans who’ve emerged from the difficult beginning of their story, and are now in the middle: surviving, even thriving and looking to the future.

But many are still in Chapter One. We see their reluctance to trust, accept help, and learn. We also see their God-given potential. 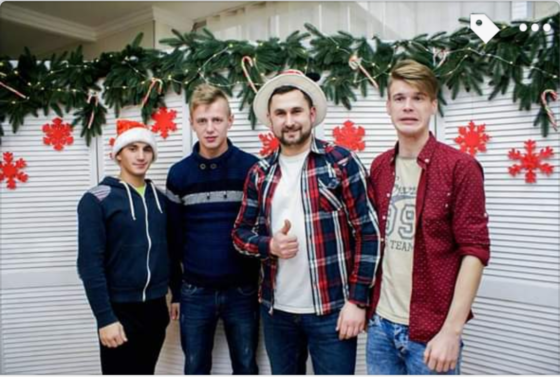 Bogdan’s mother left him at an orphanage when he was three years old, saying it was only for a short time. He waited for years for his mother to appear, meanwhile becoming a disruptive student, uninterested in learning. In 2012 his mother’s parental rights were removed.

In 2018, after trade school, he moved to Zhytomyr. Friends invited him to the Day Center, and now he really enjoys talking with our staff and other guys there. Staff members say it can be difficult to respond to his ideas; for example, he’ll say he doesn’t see the point of working. 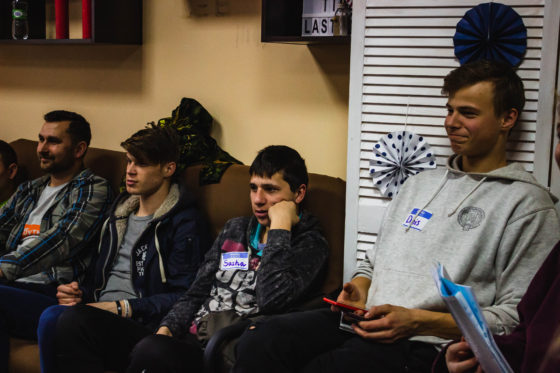 Bogdan (second from left) at the Day Center

Bogdan occasionally attends church and youth group. In private, he talks about his interests and problems from the past. Many orphans graduate with misconceptions about adult life and have built grand hopes on them, and Bogdan is full of contradictions and strange ideas. He’s also influenced by school friends. But we see many at the Day Center, and their lives are slowly changing. 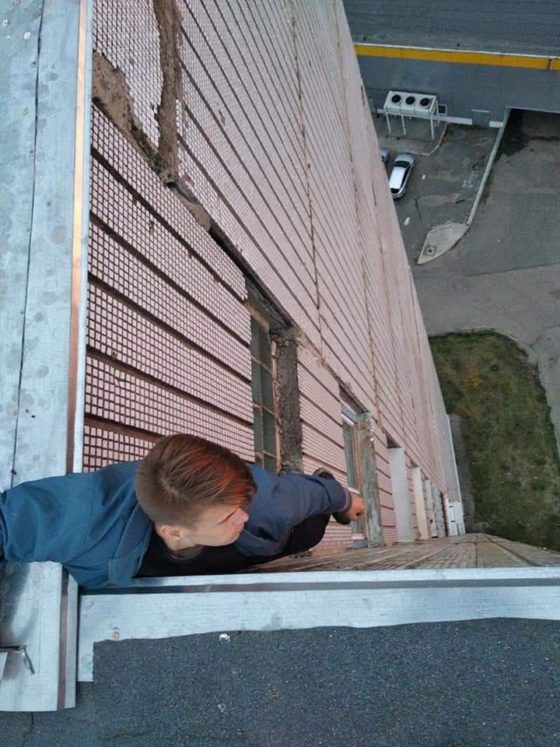 One of Bogdan’s photos from his hobby

Bogdan has one unusual and dangerous hobby. He climbs onto roofs, hangs from an edge by one hand, and takes photos or video, seeking praise online. We’re trying to help him find safer ways to “prove himself,” and we compliment him for other qualities. 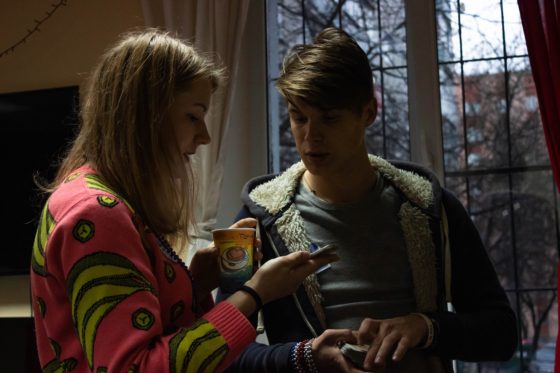 Bogdan with a Last Bell friend

We’ve supported Bogdan with groceries and hygiene supplies, and last month we helped him with dentistry work. We also keep encouraging him to find a job.

Bogdan will need several years of mentorship to be independent and ready for community life. And that’s why we’re here. We see Bogdan as a future success story. How might his fearlessness and sense of adventure be channeled toward the good of others? What additional gifts and talents might be unearthed in the next few chapters?

Please pray with us for Bogdan and other youth as we invest in their future!