Natasha: Child of God, No Longer an Orphan

In our December Appeal, we shared a profile of Natasha K., a mom in our Stop the Cycle program. But her story is more troubling – and ultimately more joyful – than we had space to share! Here’s the rest of the story…

Natasha’s story begins with neglect and betrayal. But our Stop the Cycle program is changing the generational cycle of poverty and abandonment, one family at a time.

Natasha’s mom was an alcoholic, and she and her younger brother scavenged for food. She was fifteen when their mother died, and it was a year before social services noticed.

At a Zhytomyr trade school, Natasha studied and received financial help because she was an orphan. She really trusted one teacher there. But when she became pregnant, that same teacher initiated Natasha’s expulsion (which wasn’t legal). She was denied funds from social services or a place to live in the dorm. The baby’s father turned his back. 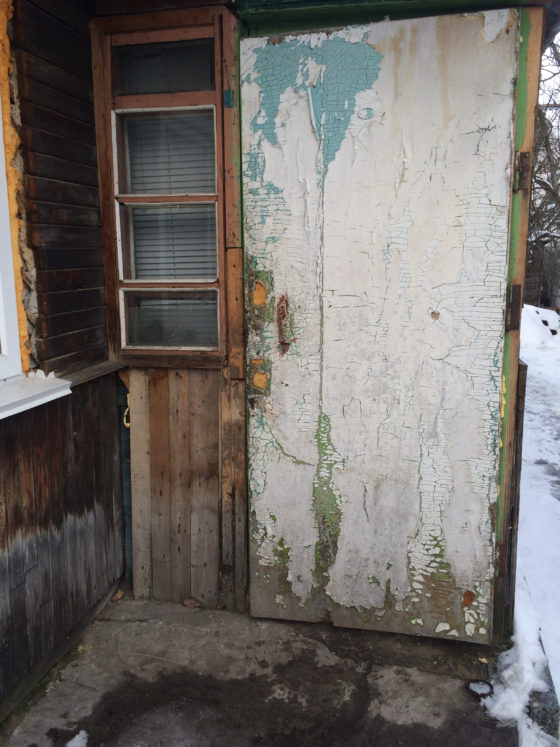 She had nowhere to go except her family’s half-ruined, unsafe house. She shared a room there with her pregnant sister and her sister’s boyfriend. Later, with tears in her eyes, she told us that all her acquaintances had recommended an abortion, and she’d considered it. She didn’t want a baby. But she thought: if I don’t protect my baby, who will?

So Ariana was born. But mom and baby were in trouble. Social services hadn’t registered Natasha’s address (a necessary official status), so she couldn’t receive help for the baby. For four months she ran up debts. Finally she was registered at a homeless shelter, and received a lump sum from social services – but only enough to cover her debts. 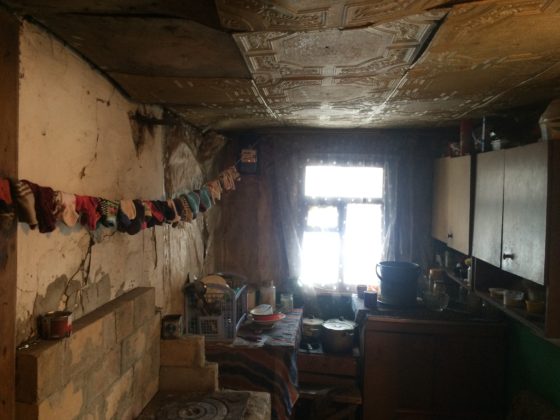 Where we found Natasha living with her baby

When we met Natasha, she couldn’t pay to heat her home, and there was a risk Ariana would be removed. But Shelter Crisis Housing was perfect for Natasha, and she soon moved in.

She cried as she told us that at the Shelter, she took the first hot, private shower of her life. She received help with clothes, shoes, and medications; she learned how to take care of Ariana, and how to care for her wounded heart. We also helped register her address. Now she’s in the queue for housing. 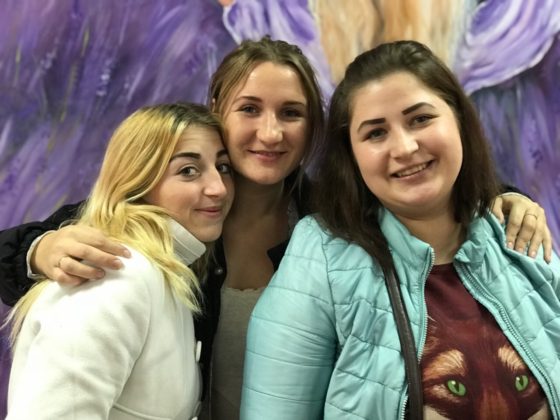 Natasha couldn’t finish trade school, because a prior school hadn’t documented her properly. So we helped her enter evening classes to finish high school. Staff member Anya C., who oversees childcare needs for the Shelter, babysat so she could study. She received her high school diploma, and with help she’s now pursuing her dream: studying hairdressing and makeup artistry. 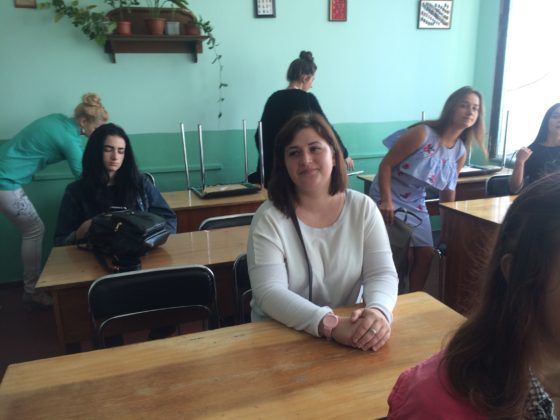 Natasha in class, studying for her diploma

Through friends at Last Bell, she began attending Word of Love church, where she found a real family and a Heavenly Father. She was baptized, and works with the children at church. Her sister is part of our Stop the Cycle family too. Today, Natasha is a happy, loving mother. She doesn’t think of herself as an orphan anymore! 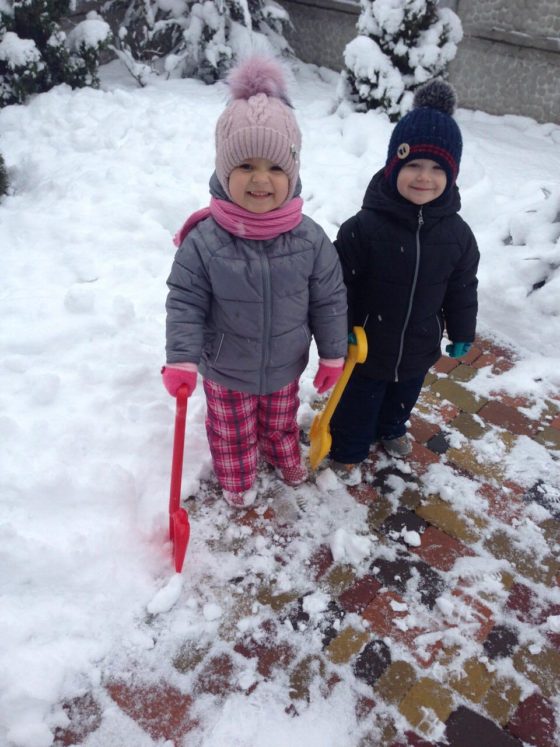 Ariana playing at the Shelter with her friend Bogdan, January 2019

Now if your experience of Christ’s encouragement and love means anything to you, if you have known something of the fellowship of his spirit, and all that it means in kindness and deep sympathy, do make my best hope for you come true! Live together in harmony, live together in love, as though you had only one mind and one spirit between you. Never act from motives of rivalry or personal vanity, but in humility think more of each other than you do of yourselves. None of you should think only of his own affairs, but should learn to see things from other people’s point of view.