“Housing on Paper” Becomes a Home

Our theme for 2019 is “Knowing is Loving.” In this story, we help Natasha by getting to know her needs – and the laws and agencies that can provide for them. And we insist those agencies get to know us: our love for orphanage graduates, and the good that results when their community acts.

January 9th was a very special day for Natasha and her children!

She needed a lot of help to reach this day: from Last Bell staff, including our lawyer; from social services; and God’s miraculous provision in the final hours.

Natasha is 23 years old. She moved into our Shelter Crisis Housing with a toddler and newborn last June. But she needed permanent housing. 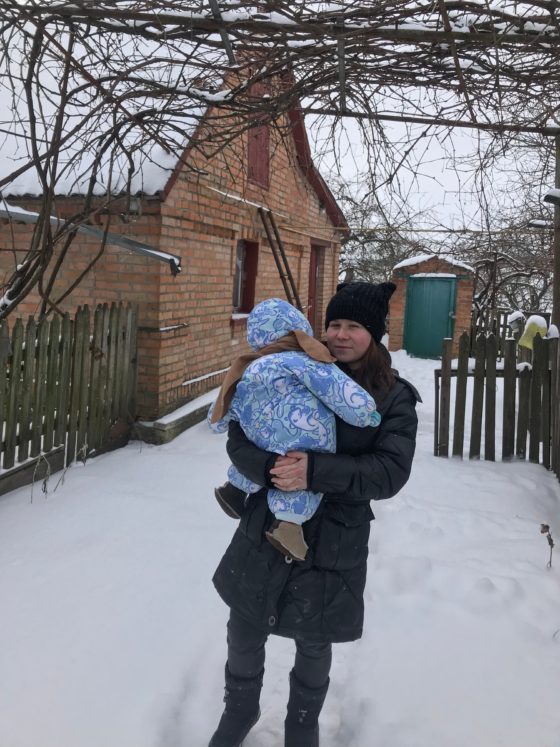 Natasha with her baby

Oksana Pankyeyeva, director of Stop the Cycle, our program for orphan parents, shared, “Natasha faced the reality common to orphanage graduates: ‘housing on paper.’ She inherited a house that looks like a barn and is falling apart…” Her family home was completely unlivable, beyond repair.

Over the past two years, at regional and city roundtables, we’ve met people from Zhytomyr’s regional social services agency, which oversees orphanages and housing for orphans under 23. Four months ago, they invited Oksana to serve on a committee in charge of housing grants for orphans.

This gave us an inside scoop. “Real housing for Natasha would only be possible,” explained Oksana, “because of a new law in Ukraine: a housing subvention (grant) for orphans whose parents are deceased and who aren’t yet 23.” We had already begun informing village councils in the region about this new opportunity. Now we advocated for Natasha.

“Our official requests were returned with various strange answers,” said Oksana. “For example, we were told that since Natasha was already 23, her chance was lost – but she wouldn’t be 23 for six months!” 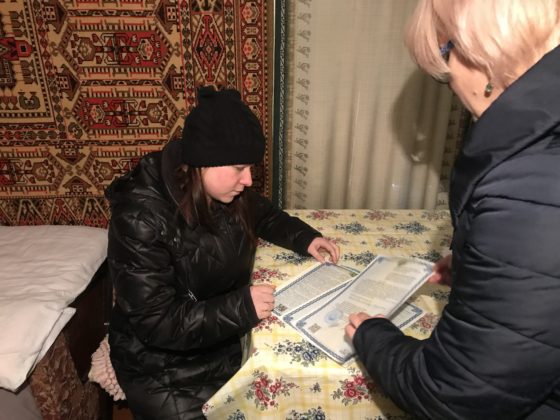 “At the beginning, her native village council wasn’t interested in seeing an orphan with two children with a roof over their heads,” said Oksana. We asked Zhytomyr’s regional agency to intervene. Director Natalya Sergeyevna Pilipchuk was especially helpful. Finally, “Natasha’s case moved out of its dead corner.”

We had less than two months, but now the village council was on board. “Social worker Tatyana Vasilevna worked hard to find a suitable house,” Oksana said. “She was constantly in touch with us, even during her off hours. And in the last days before Natasha turned 23, a miracle: a house was found, the documents were completed, and the payment transferred!” 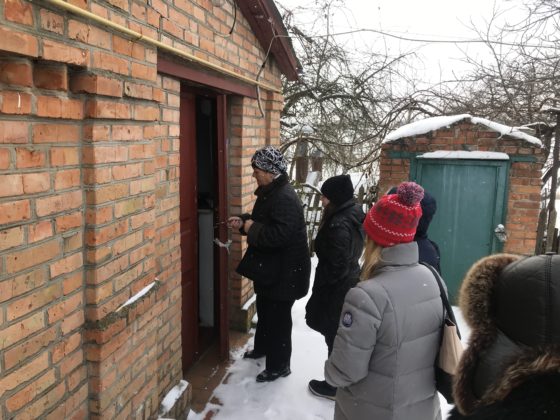 As of January 9th, Natasha owns a real home in the village where she was born! 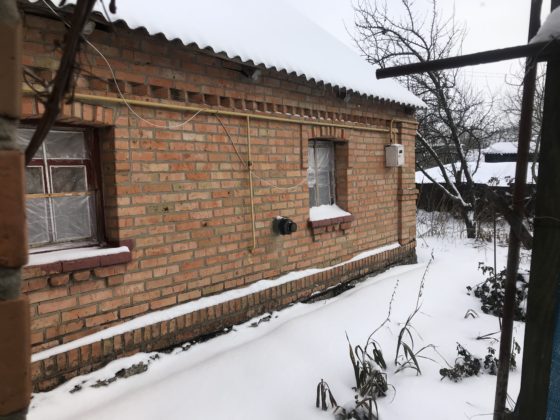 Natasha with Tatyana from the village council

When you give to the poor, it is like lending to the Lord, and the Lord will pay you back.